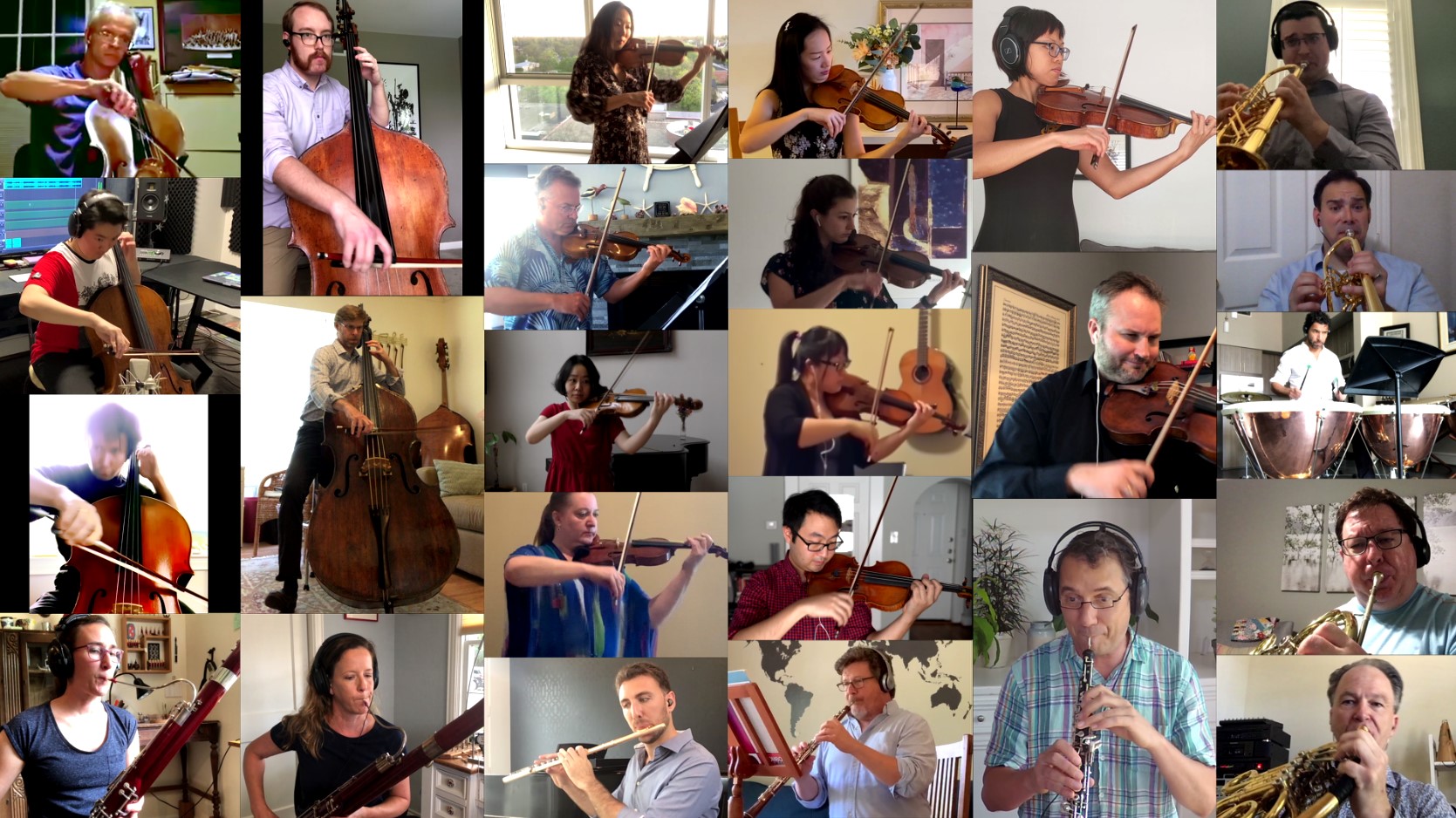 Stretch Your Mind Entertainment proudly produced and edited this video on behalf of the musicians of the Houston Symphony. As the first major project of the re-formed company, much of the pictures on this site are behind the scenes videos of this production.

The creative inspiration for the entire video can be seen in the first few seconds of the video: the visual illustration of the primary melodic theme by having the clips appear in the shape of the melody as they would on a musical staff. From there, the production team was inspired to have the visuals throughout the music reinforce or emphasize the musical structure of the piece, often in subtle ways as a wink to careful observers.

The ultimate challenge to this end was in presenting the fugal coda in the final minutes of the piece. Each of the themes presented earlier in the music reappear in the same cyclical order, and each column on the screen represents that specific theme. As players begin to play that particular theme, their video shifts into the column for that theme. For any given keyframe in the clip, for example, the players in the second column are playing the main four-note theme. Planning the layout of the clips to ensure a visually-appealing flow while adhering strictly to the musical structure required much meticulous planning.

See if you can spot other subtle visual cues that correspond to the music by watching below!